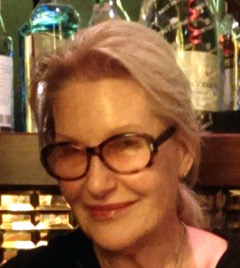 She spent the 1970’s in the Caribbean, first as a hippie on the beaches of St. Barthélémy in the French West Indies, then, with her life partner Michael Zimmer, owning and operating a movie theater on British Virgin Gorda. Hofmannsthals Enkel, published in 2020, is based on this adventure.

As a journalist in the 1980’s and 90’s, she covered art and architecture, design and other cultural news for various German publications, such as Der Spiegel, Die Zeit and Süddeutsche Zeitung. Her documentaries Stranger from Away and Souvenirs (in collaboration with OVIDeo/Max Scott) were screened widely on television and at film festivals in the U.S. and in Canada.