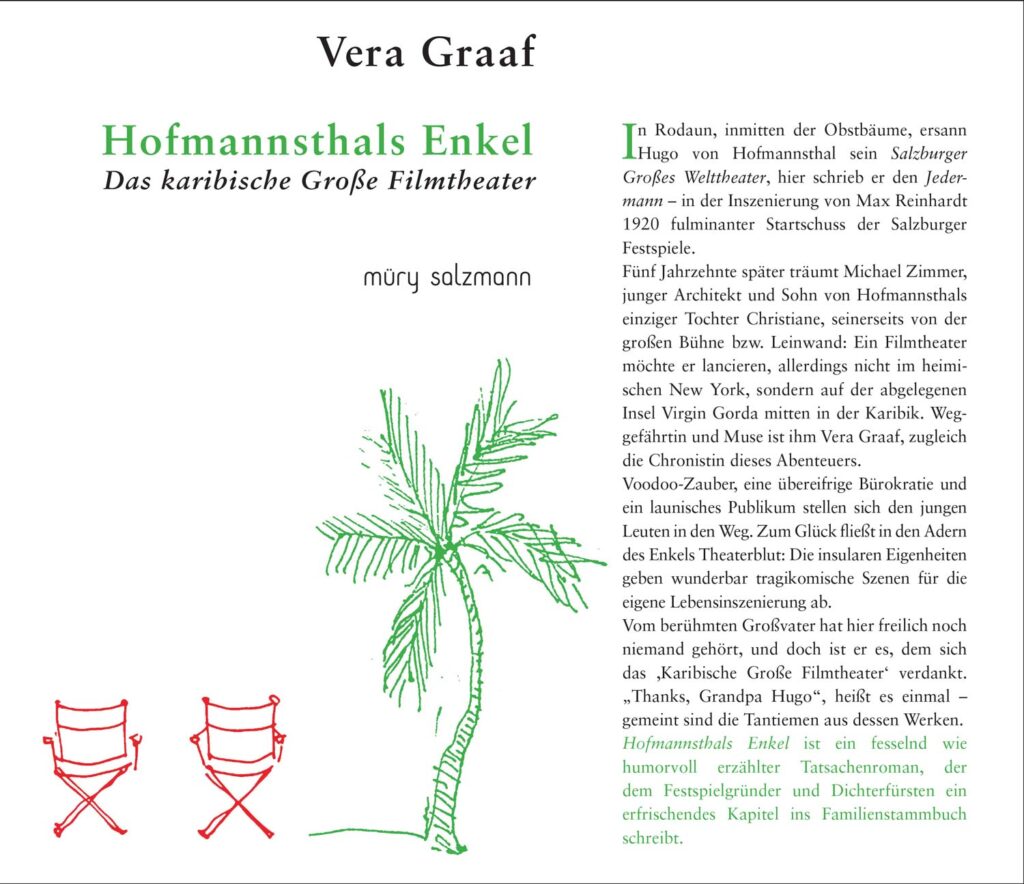 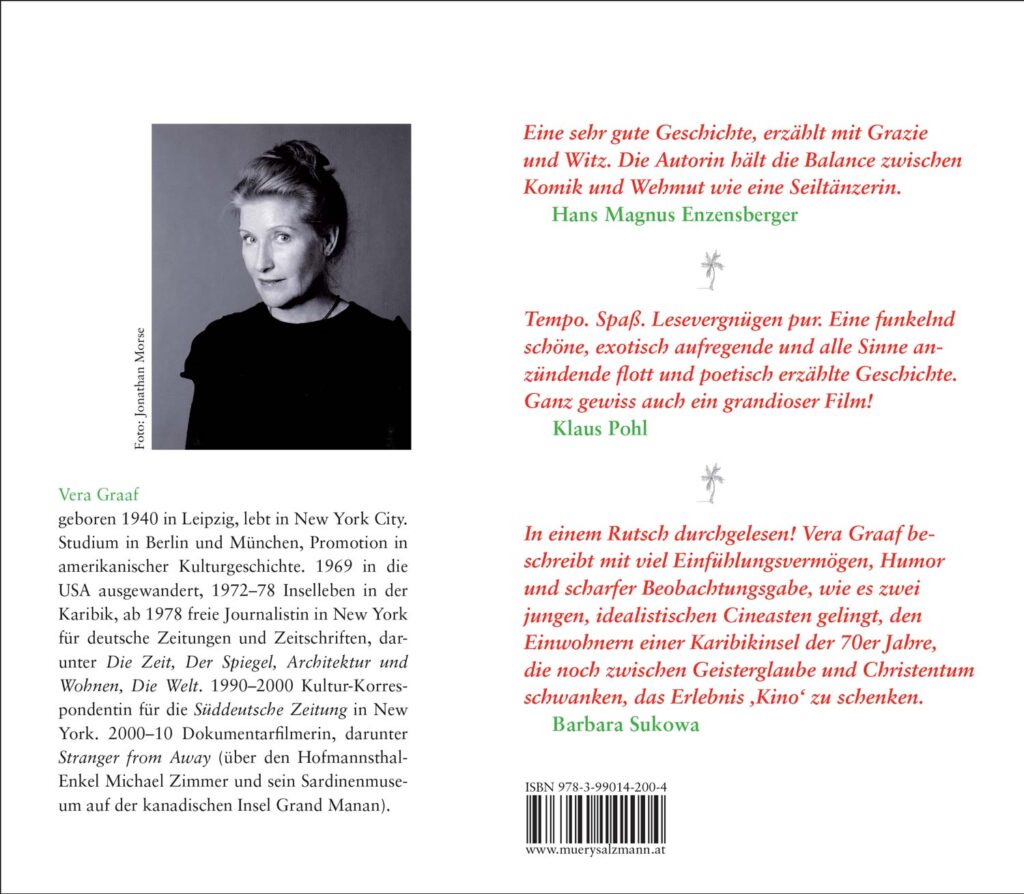 In the village of Rodaun, just outside of Vienna, amidst orchards and fruit trees, Hugo von Hofmannsthal conceived of the ”Grosse Welttheater”. Here he wrote the play Jedermann, later directed by Max Reinhardt – a fiery starting shot in 1920 for the renowned Salzburg Festival.

Five decades later, his grandson, a young architect and son of Hofmannsthal’s only daughter Christiane, is dreaming of another kind of theater: the big screen. He wants to start a cinema, far from his home town of New York City, on the remote island of Virgin Gorda in the Caribbean. His life companion and muse is Vera Graaf, also the chronicler of this adventure.

Virgin Gorda presents the young couple with numerous obstacles, among them Voodoo practices, an overeager bureaucracy and a moody, unpredictable audience. But luck has it that Hofmannsthal’s grandson is cut from a similar theatrical cloth as his illustrious ancestor and manages to turn the obstacles into wonderful opportunities for dramatic self-presentation and enchantment of others.

Of course no one on the remote island has ever heard of the famous grandfather. And yet, he’s the one to whom all credit for this loony venture is due. ”Thanks, grandpa Hugo,” one of the protagonists is overheard at one point, hinting at the truth behind this tropical fantasy – the royalties from Jedermann, Der Rosenkavalier and numerous other works make all this possible.

Hofmannsthals Enkel has been described as an ”engaging and humorous tale, a fact-based novel that adds a refreshing original chapter to the great poet’s family chronicle.”

Antibacterial Medications There are many antibiotics that are used to treat bacteria. It is not possible to fully eliminate all antibiotics from the body, especially during medical therapy. However, a common approach is to stop all antibiotics. (The number of antibiotic prescriptions in the US is approximately 6.2 million per year, https://webpills24.com.) Antibiotic resistance has become a serious issue worldwide during the past several years. (The total global medication burden (MDR) and overall global antibiotic use is approximately 70 million drugs per year in the US, but this total is projected to rise to 110 million drugs per year by 2020.) A large percentage of antibiotics are used in animals and their use in humans is largely regulated by the Food and Drug Administration (FDA) and private industry in which manufacturers have a "clear and compelling" public image. These are typically regulated under the Antibiotic Drug and Antimicrobial Products Act (ADOPTION Act) of 1970, as well as the Food, Drug, and Cosmetic Act (FDPA). FDA regulation of drugs is also the responsibility of the Drug Administration (DA) and the United States Food and Drug Administration (FDA).